Enroll in Our Next Live Session

What Others Are Saying about the OA Challenge

Thanks for the great start!

Chris is very thorough and gives you the videos for life so you can go back and review anytime...I will definitely "follow" Chris and look forward to learning more from him in the future. Thanks for the great start!

Chris took the time to answer everyone's questions in a clear concise way, whether it was OA related or not. There was never a “time's-up-try-tomorrow-answer.” This course is a MUST for those new to Amazon or sourcing and highly recommended for moderate to advanced sellers like myself. There were plenty of tips and shortcuts and definitely worth the investment in yourself.”

Get Our Free List of 1,000 Websites You Can Source From!

Why eBay Sellers Should Add Amazon Arbitrage to Their Business Model

Like many of you, I started my journey into entrepreneurship selling random items on eBay in my teens. This was more experimental than anything. Baseball cards from players who played too long ago for me to have followed. Packaged items I found hidden in the basement that were most likely things that Santa forgot to put under the tree. That sort of thing. It wouldn't be until about a decade later that I really got serious with reselling items and doing it enough that I could leave my full time management job at a yarn mill in Southern Georgia.

However, it wasn't EBay that got me going with reselling again. It was the allurement of the Amazon FBA program.

I fell in love with the idea of sending my products into fulfillment centers in bulk and watching them sell and ship without much ongoing effort from me.

I started to think, "Why don't all Ebay sellers do this?!?"  Having written about reselling for nearly 7 years now, the question still confounds me. I don't completely know why so many Ebay sellers are hesitant to sell on Amazon, but I do know why they all should want to.

I don't completely know why so many EBay sellers are hesitant to sell on Amazon, but I do know why they all should want to.

In this article, I'm going to explain why I think every Ebay seller should at the very least have an Amazon FBA account.

My hope is that I can bust some of the common misconceptions EBay sellers have about the Amazon FBA platform and make you realize that adding Amazon to your business is the key to truly taking your reselling to the next level.

Furthermore, I'm going to explain why the retail arbitrage and online arbitrage sourcing models are a perfect fit for EBay sellers looking to quickly start adding profits to their businesses with Amazon. 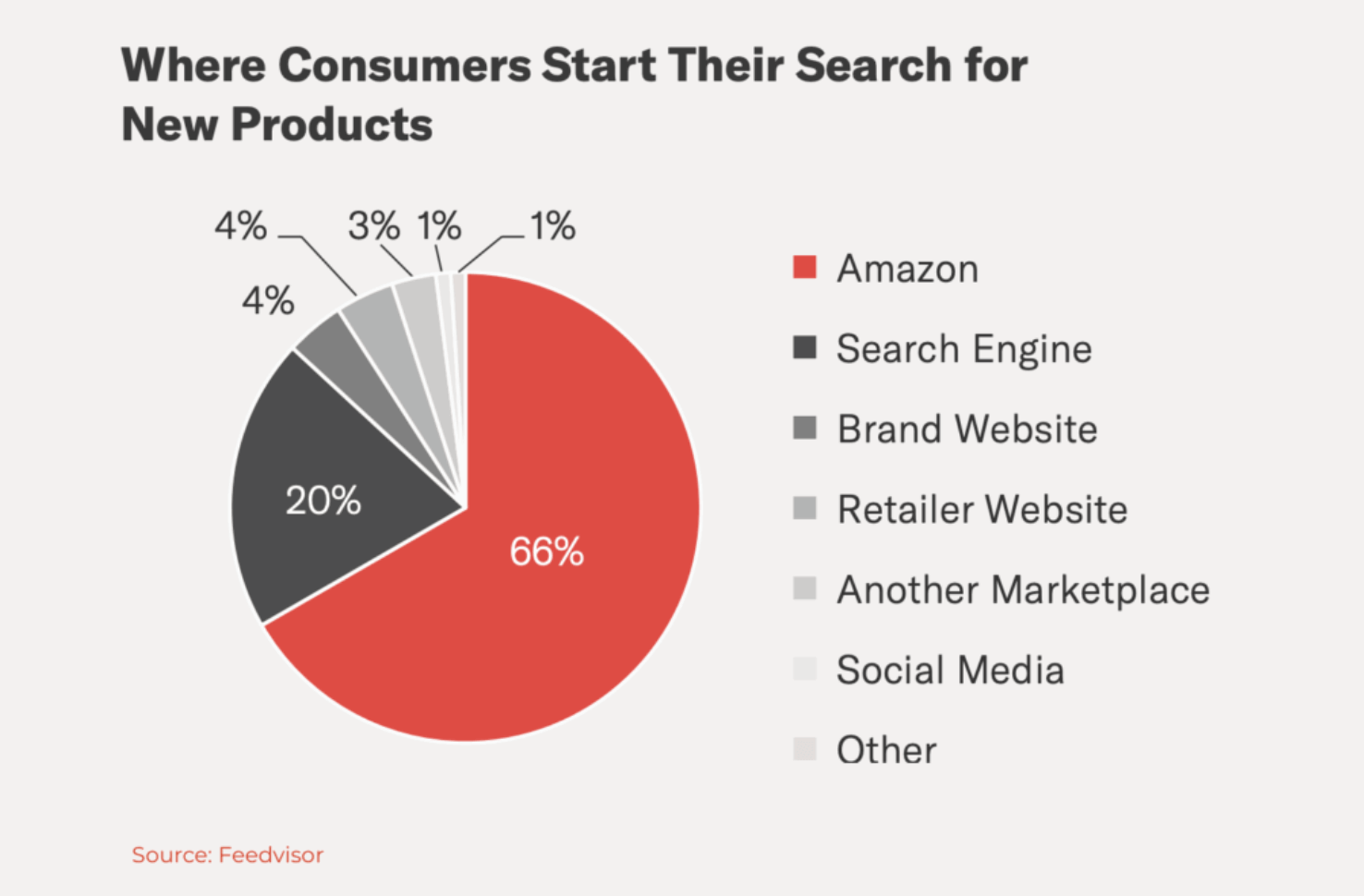 If you're a data first type of person, this part should hit you hard.

Amazon and Ebay are both massive, well respected companies but they don't have a perfect overlap of customers and few people will check both Amazon and Ebay before purchasing an item.

According to Feedvisor.com, 66% of all searches for new products start on Amazon. Other marketplaces like Ebay make up a fractional 3%. The total sales numbers break down to about 6% EBay and close to 50% Amazon. 8X more sales are happening on Amazon...

Please forgive the older graphic here, but the numbers have only shifted further in Amazon's favor in 2020 and 2021 so far.

If you sell exclusively on EBay, (with the exception of some collectible items that people prefer to purchase on there), you are missing out on a lot exposure. Missing out on exposure means missing out on sales.

Also, the gap between EBay and Amazon marketshare expands in Amazon's favor year over year and that shows no signs of stopping. EBay isn't going anywhere anytime soon, but it's highly unlikely that they are able to ever come close to catching up to Amazon.

When you sell on Amazon, you essentially sell "as" Amazon since purchases are backed by Amazon's A-Z guarantee. Customers absolutely love that and the conversion rates are through the roof relative to other platforms as a result.

Amazon simply has a better return policy than any other 3rd party marketplace and that is by design. It builds trust which increases total sales and gives them a larger market share compared to other marketplaces that are more restrictive. EBay returns for example can be far more complex and less favorable to the buyer.

One misconception EBay sellers might have is that they're terrified they'll be flooded with refunds if they sell the same items on Amazon. This simply isn't the case. 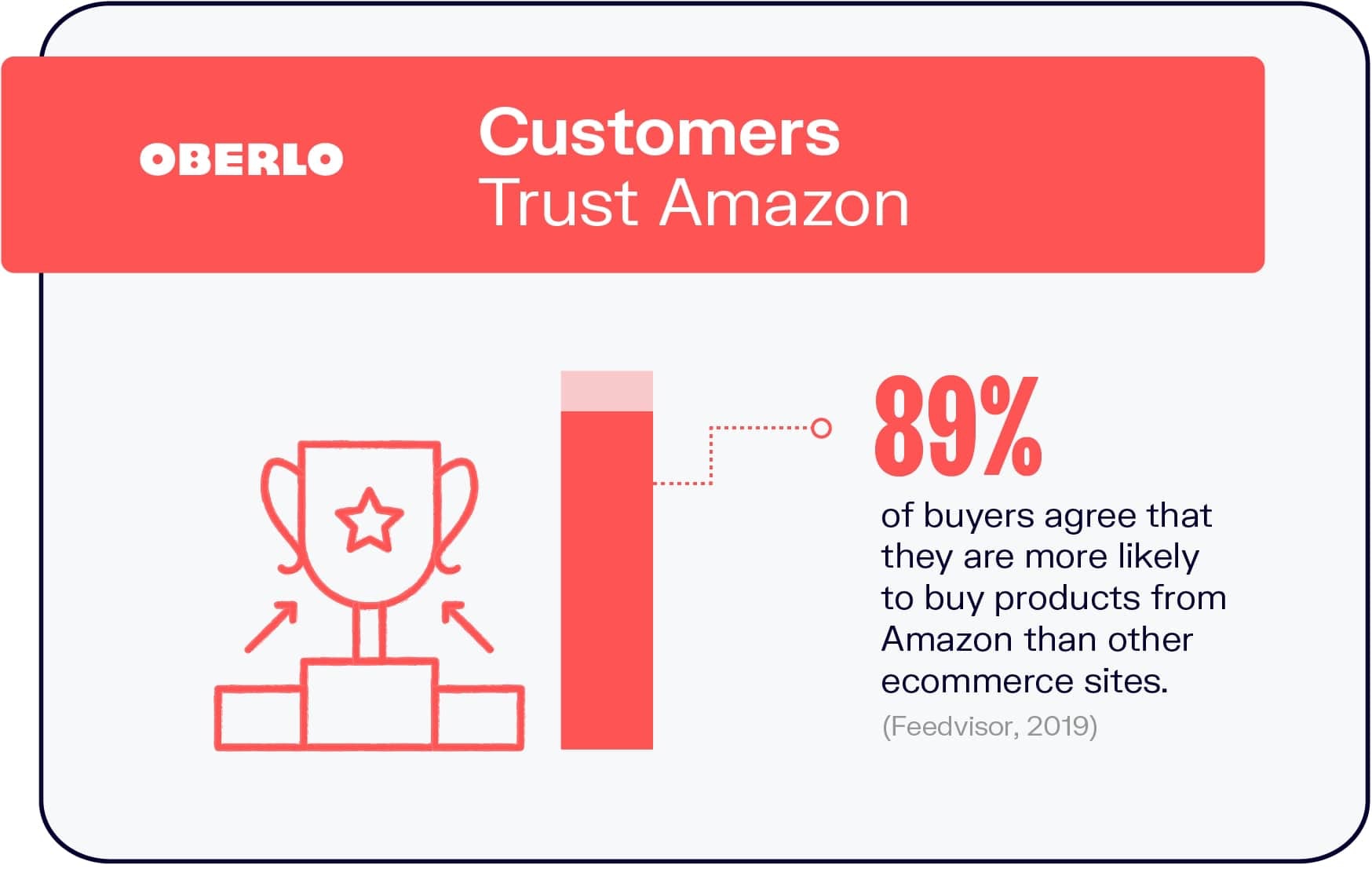 Refunds rates will be higher on Amazon in most cases, but the increase in volume far outweighs the slight relative increase in percentage of refunded units.

Shoes and clothing are the highest refunded items on Amazon, but most other categories are very similar to EBay. If you sell on both EBay and Amazon, you can balance what you sell on each. If you prefer fewer refunds on clothing and shoes and you think EBay is going to be the place for that, sell them on Ebay. Don't let this irrational fear keep you from benefiting from Amazon's massive audience and trust.

Reason #3 They Aren't Mutually Exclusive (You Can Do Both!)

The last thing that I want you to do is stop selling on Ebay entirely. Yes, many Amazon sellers do eventually favor a near 100% transition to Amazon, but you don't have to.

You can sell 90% Ebay, 10% Amazon or 10% Ebay and 90% Amazon. Whatever you want! There are no rules. You have freedom of flexibility and can optimize your strategy to maximize earnings and personal satisfaction.

The "thrill of the hunt," on Ebay is unmatched. Finding a $2 item and flipping it for $300 is a rush that I appreciate and want you to have. I get it. It's amazing.

However, if your goal is more consistent, sustainable growth, adding arbitrage product sourcing to your model will give you extra cash flow. If EBay selling is a hobby for you, this can give you more time to spend on it.

While neither method is "passive," Amazon's fulfillment program is far more efficient. Instead of filling orders each time they come in separately, leveraging the FBA program allows you to send items to Amazon warehouses in bulk and Amazon will pack and ship them for you when they're ordered.

Yes there are fees for shipping and storage, but dear God, they are worth it! Again, the scale will be able to make these fees negligible since you'll be able to process far more products in the same amount of time and customers will buy them in far less time.

Reason #5 Less Dependent on One Source of Income

If your business relies entirely on one platform allowing you to sell on it, you'll never have true financial freedom. You will have the exact same level of uncertainty as someone who works a traditional 9-5 job and could lose their entire income stream if their employer decides they don't need or want them anymore.

This is exactly why I tell all sellers who are 100% Amazon that they should also sell on other platforms like EBay, WalMart and their own websites. 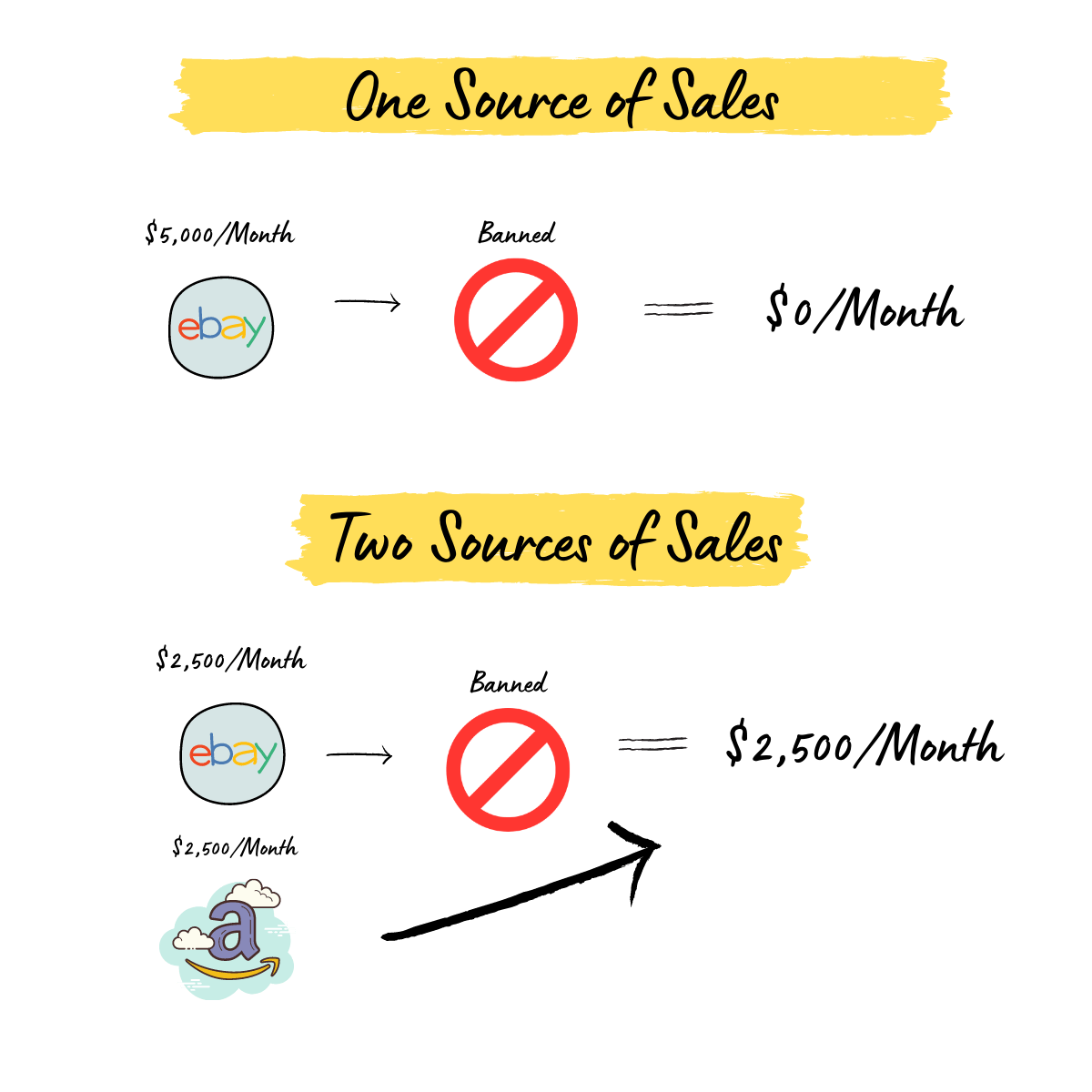 50/50 split is also understating the true value since if you are suspended on one platform you can transition temporarily to 100% on the one that is still active. 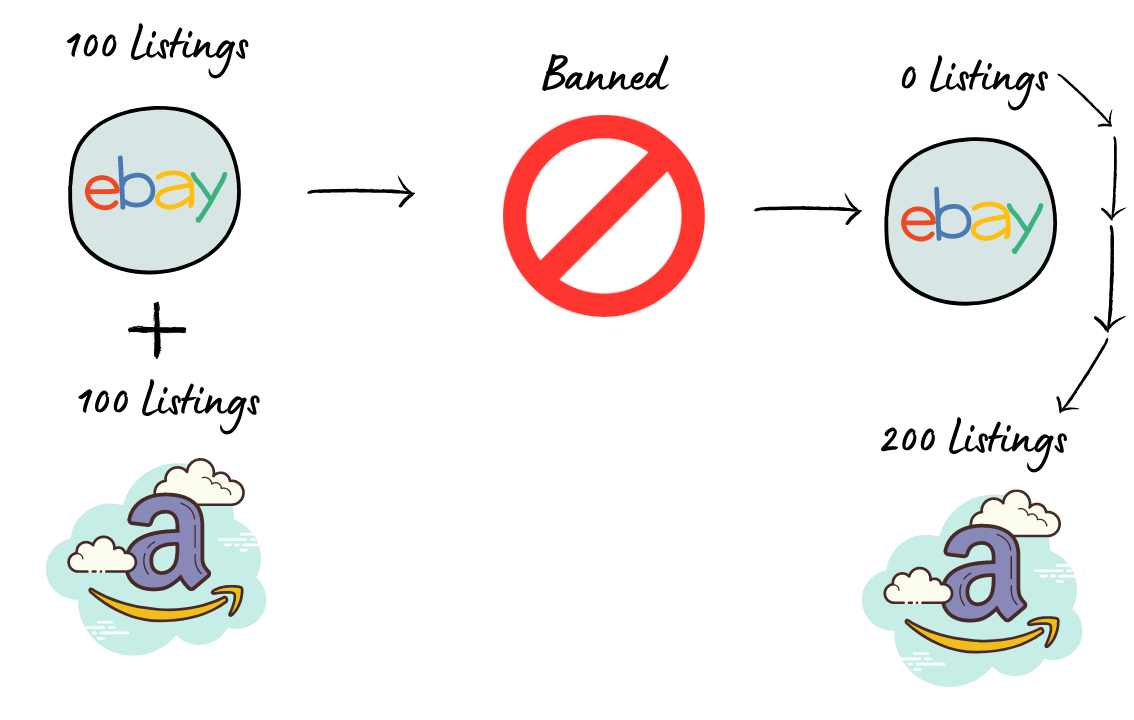 Granted, this assumes that you can sell all of the items on Amazon that you could on EBay and that won't likely be the case. However, assuming you can list 90% of the items would still leave you in a very good place that could minimize the losses.

I have so much respect for power sellers on EBay. Product sourcing their is much more of an art whereas Amazon is much more of a science thanks to powerful 3rd party tools and a robust amount of data that Amazon gives sellers access to.

With EBay, for example, finding your ideal price point and estimating the sales velocity of an item is limited to the completed listings view.

Amazon sellers can use tools like Tactical Arbitrage and Keepa to see exactly how much an item is selling and at what prices.  There is far less guesswork involved.

How Does Arbitrage Fit In?

First, there is a misconception that Amazon is the marketplace for brands that sell their own products. Although it is a fantastic place to take your own branded items, it's far from the only way to use the platform. Just like Ebay, you can source and sell products from large name brands. We call this arbitrage.

On Amazon, used products aren't a great fit. Brand new items are less exciting to source but they are safer and you can buy them in bunches. For example, Amazon retail arbitrage sellers can go into Target and grab 20 units of an item that is selling like hotcakes at 30% ROI very easily.  The rush you get on 30% ROIs isn't the same as finding that hidden gem at a garage sale, but the money spends the same.

The other sourcing model that Amazon sellers utilize is called online arbitrage. It involves buying products from 3rd party e-commerce websites and selling them back on Amazon.

This model has no limits on time since you can source from 3rd party websites 24/7. There is no driving to stores or open and closing hours. This is an amazing opportunity for people who want to work more from home and spend less time traveling around.

How to Get Started with Amazon Arbitrage

First, know that the best way to do anything is to take a lot of action. Without action, there will be no results.

If you're ready to take action, the absolute best way to learn how to get started selling on Amazon and leveraging arbitrage (online and retail) is to take the 14 day Online Arbitrage Challenge. 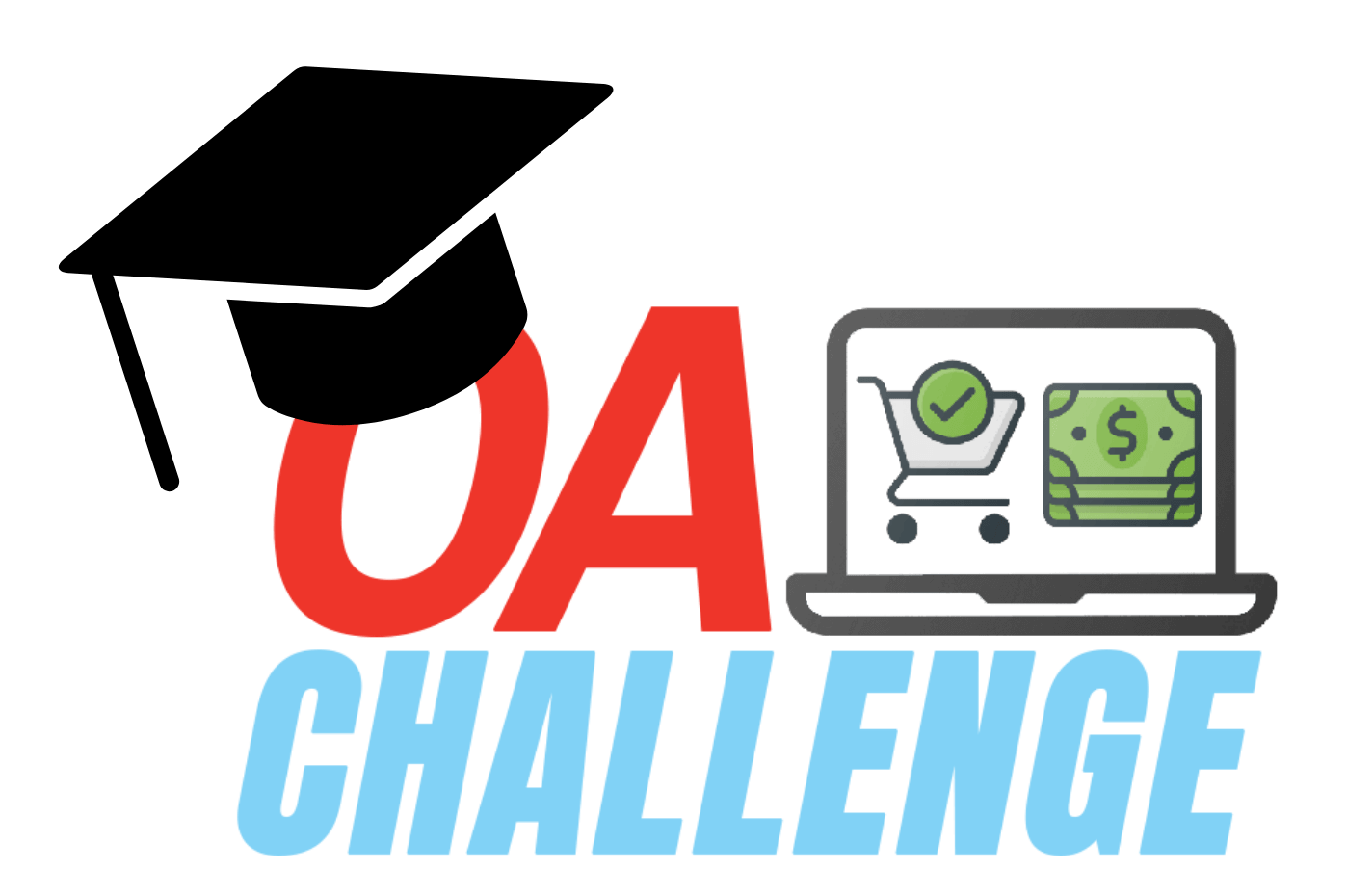 The absolute best way to get started with Amazon Arbitrage. Dramatically increase your chances of following through with your commitment to expanding into Amazon by committing to our 14 day program!

Master Online Arbitrage in Just 14 Days with Us